FROM VICTIM OF THE MODIMOLLE MONSTER TO VICTORY – Ina Bonnette – eBook 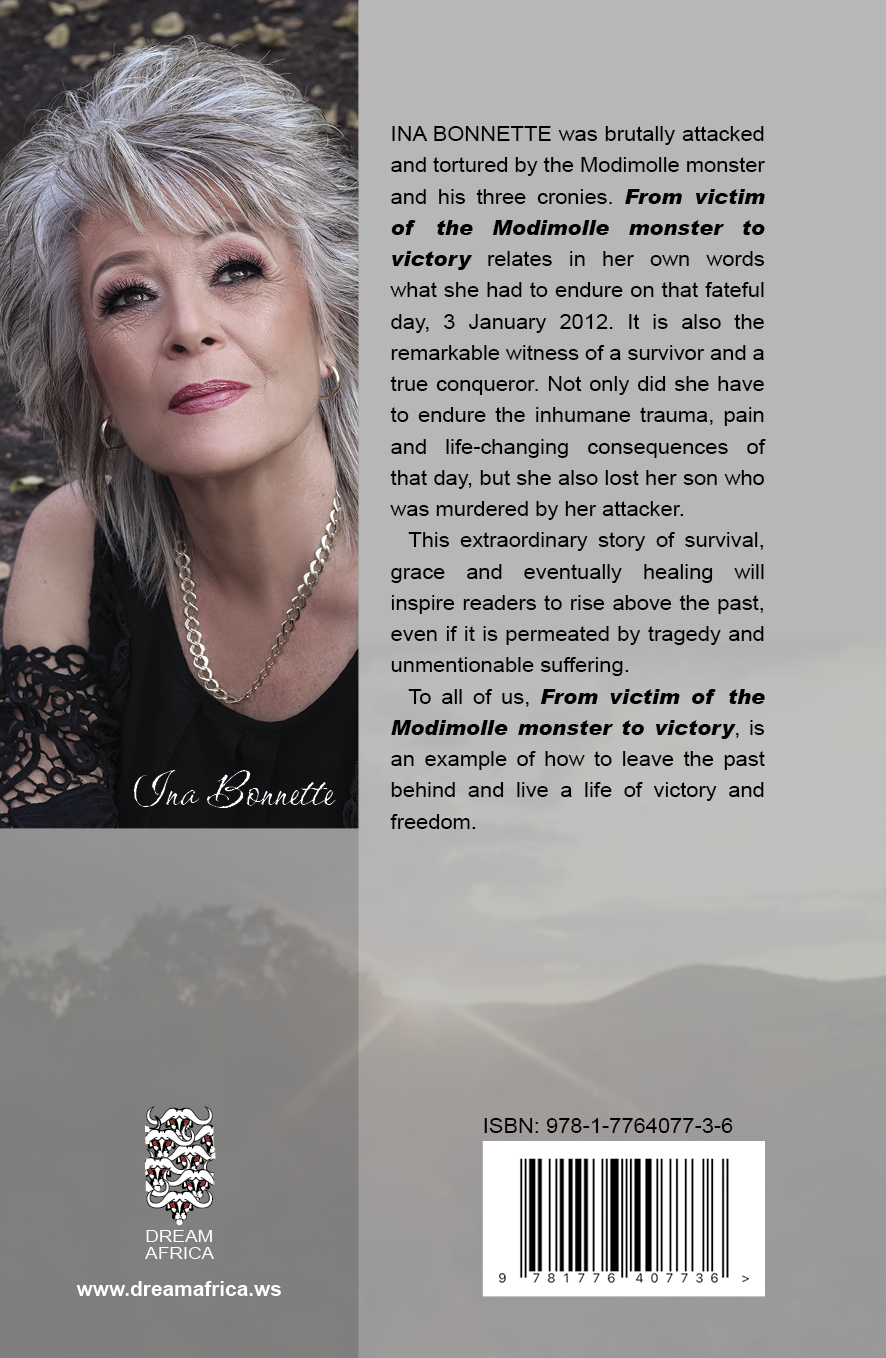 How Ina Bonnette rose above the hurt to healing

Ina Bonnette was brutally attacked and tortured by the Modimolle monster and his three cronies. From victim of the Modimolle monster to victory relates in her own words what she had to endure on that fateful day, 3 January 2012. It is also the remarkable witness of a survivor and a true conqueror. Not only did she have to endure the inhumane trauma, pain and life-changing consequences of that day, but she also lost her son who was murdered by her attacker.

This extraordinary story of survival, grace and eventually healing will inspire readers to rise above the past, even if it is permeated by tragedy and unmentionable suffering.

To all of us, From victim of the Modimolle monster to victory, is an example of how to leave the past behind and live a life of victory and freedom.

There is no absolute master; you are always both pupil and master at the same time. The master teaches others, but he also learns with them.
- The Dogon